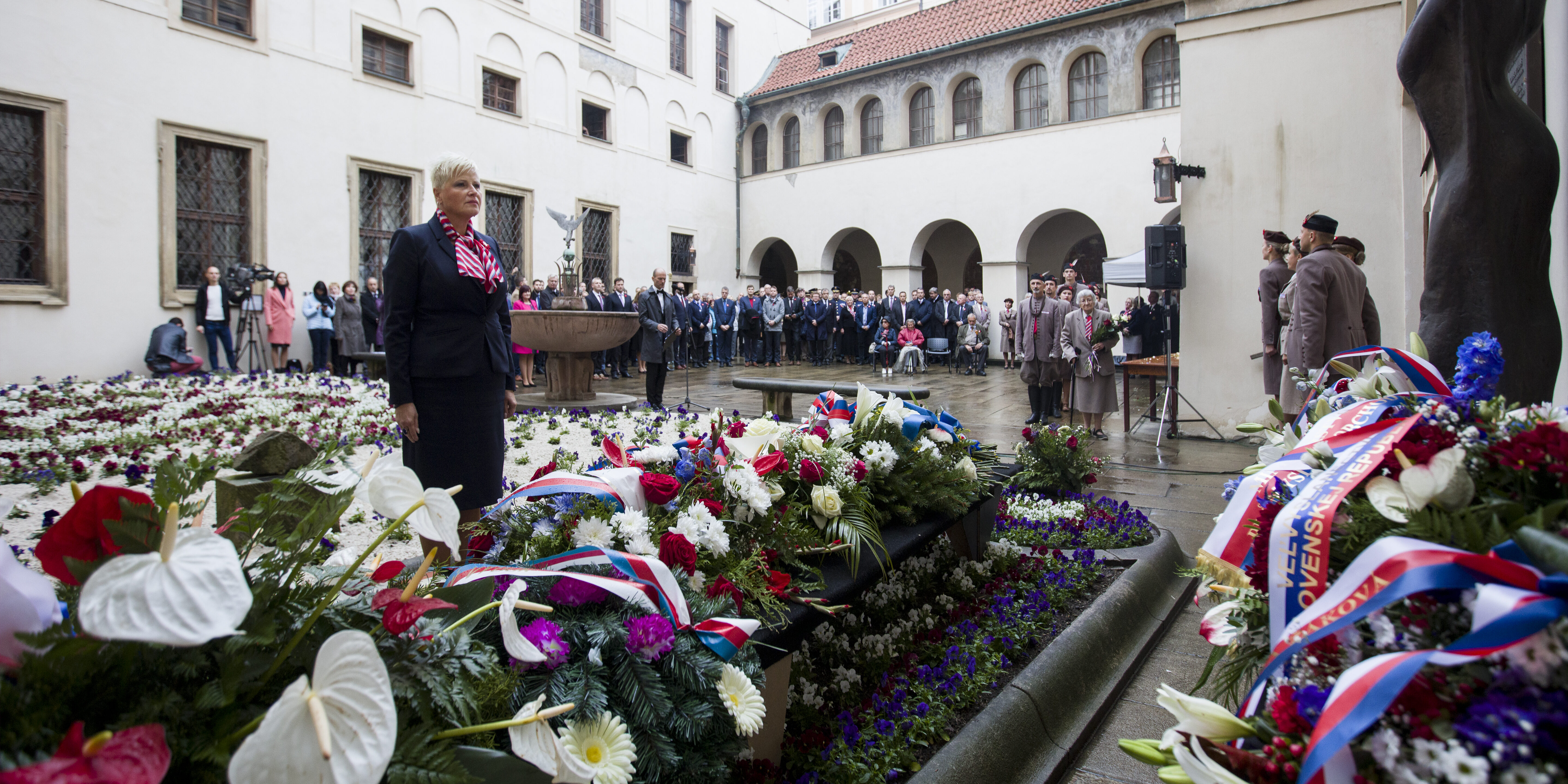 From early Tuesday morning, the whole republic, together with the Sokols, commemorated an important day of the Czech Republic – the Memorial Day of Sokols, which is celebrated every year on 8th October. Throughout this day, a number of commemorative events were held throughout the Czech Republic, the highlight of which was the afternoon reverence gathering at the headquarters of the Czech Sokol Community – in the Tyrš House in Prague. On the occasion of this important day, the President of the Czech Republic, Miloš Zeman, handed over the presidential flag, which he had commissioned for Sokol, in the hands of CSO president, Hana Moučková.


The date of October 8th  was chosen as the Memorial Day of the Sokols as a reminder of the tragic events in 1941, when the Decree of the Reich Protector Reinhard Heydrich disbanded the Czech Sokol Community and launched a wave of drastic repressions of Sokol officials.


“However, the memorial day of the Sokols is not dedicated solely to the victims of the struggle for regaining freedom and independence of the Czechoslovak state during the Nazi occupation and World War II. It is a tribute to all members of Sokol who gave their lives for freedom and democracy in the almost 160-year existence of our association, “said the president of CSO, Hana Moučková, in a speech at the reverent meeting. We remember that it carries a strong message for the present generations as well, that freedom, independence and democracy are not self-evident, that they must fight for them and bring sacrifices, ” said Hana Moučková.


The commemorative act of remembrance at the Tyrš House in Prague was attended by the Chairman of the Chamber of Deputies of the Czech Republic Radek Ondráček, Vice-President of the Senate of the Parliament of the Czech Republic Ivo Bárek, Deputy Minister of Education for Sports Karel Kovář. Among the guests of honor were Sister Dagmar Evaldová or Ilja Pecháček, the great-nephew of the legendary František Pecháček, and rare and nice guests were representatives of foreign Sokol organizations.